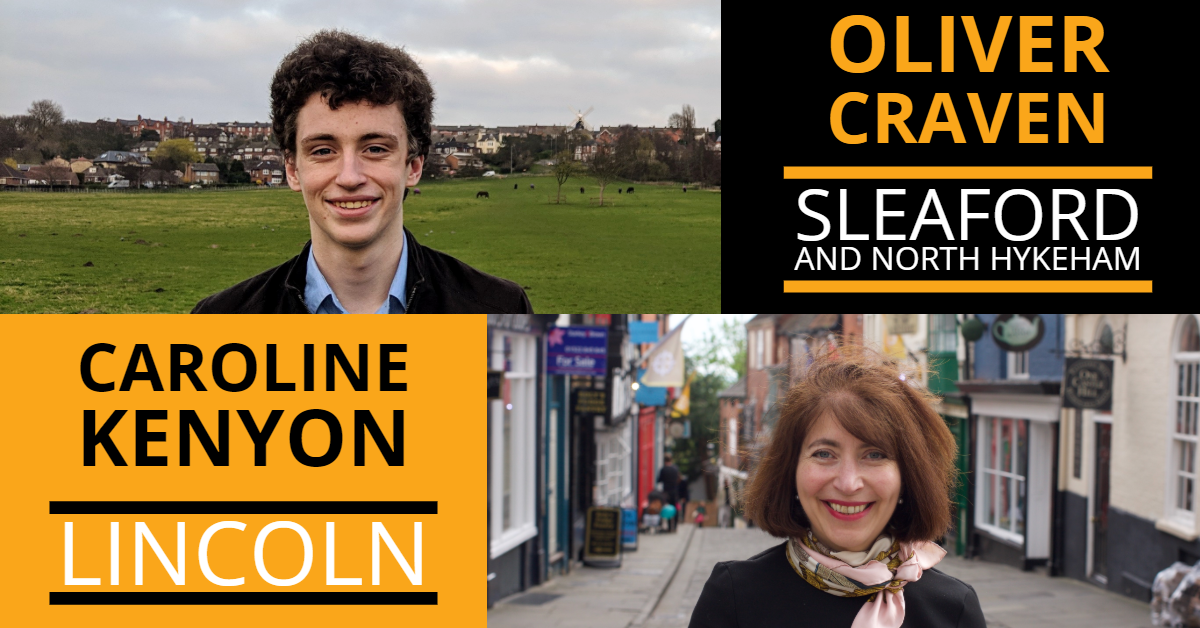 After beating the Conservatives and Labour in both Lincoln and Sleaford and North Hykeham at the European Elections in May and doubling our members in two years the Liberal Democrats are proud to announce our snap General Election candidates.

Caroline has lived in Lincolnshire for over 20 years and is a local entrepreneur running an international business. She stood for the Liberal Democrats in Lincoln in 2017 and will do so again in any snap election.

Caroline said: ”I love Lincoln. I chose to move to the county from London over 20 years ago and to me, Lincoln is the best of cities - small, friendly and with so much to offer.

But we all know it is a divided city, between those who have and those who do not. I have come to know it very much better over the last two years since the 2017 General Election when I first stood. I was horrified to learn that there are 8 food banks in the city and, as a result, set up the Lincoln Food Summit, a cross-party, multi-faith group to look at practical ways of tackling issues relating to food poverty.

I have also been very pleased to help in several local campaigns, from Stop Veolia on Long Leys Road to the fight against the proposed animal rendering plant expansion in Skellingthorpe. Last year I also raised over £1500 for YMCA Lincolnshire thanks to generous donations from local people after I walked the length and breadth of our city meeting local business owners and residents.

Lincoln deserves the best - the best jobs, the best housing, the best transport. It really has the potential to be one of the very finest places in Britain to live - for all its people, not just a lucky few. It would the privilege of a lifetime to make that happen.”

Oliver grew up in Long Bennington and studied at the King's School in Grantham. He now works as a bartender and at 19 years old is aiming to represent Sleaford and North Hykeham, the constituency he grew up in.

Oliver said: "I loved living in a village where you knew a lot of the people you saw every day yet like so many other young people from rural areas, I had to move away to find work.

It's time that we have an MP that will work for everybody and ensure that we have a strong rural economy, that we protect our vital village schools and expand our limited health service.

The decision to close Grantham A&E at night was appalling for people in Sleaford and the surrounding villages and I completely support the Lib Dem pledge for a penny in the pound on income tax for the NHS which would provide vital funding for areas like ours.

Our local schools have also suffered from the Conservatives “Fair” Funding Formula with many losing hundreds of thousands of pounds. It is vital that we reverse these cuts and invest in our country’s future.

Despite desperately wanting to Remain, I couldn’t vote in the EU Referendum almost three years ago. Since then we've had Prime Ministers, Brexit Secretaries and dozens of other ministers and MPs who have all resigned and left us with no plan. I felt powerless in 2016 but like many people I’ve spoken to, it spurred me on to join the Lib Dems and make a difference.

I urge everybody who wants to see proper rural services and an end to the Brexit chaos to vote for me and the Liberal Democrats at the next general election to demand better for our area and our country."