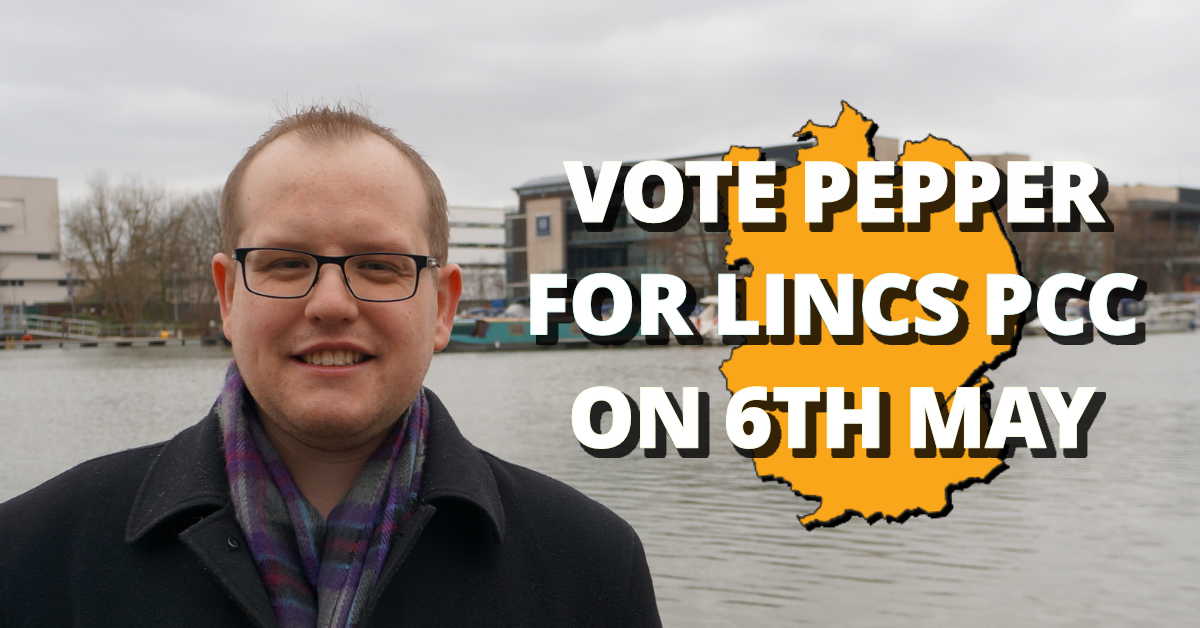 Ross is a true Lincolnshire ‘yellowbelly’ and for him, the county of Lincolnshire is a special part of the world given its history and unique identity, and he is proud to call it home. He is delighted to be representing the Liberal Democrats for this beautiful county in this election.

Ross studied International Relations at the University of Lincoln and he now works for a local small business as a Project Manager. He is an experienced local campaigner having stood in previous elections at district and county level and served as a Parish Councillor between 2015 and 2019. He has also stood in four Parliamentary elections including the 2016 Sleaford & North Hykeham by-election which saw him double the party’s vote share.

He is standing because he feels that the current system fails to deliver for the residents of Lincolnshire. With a third of the crime in Lincolnshire being closed to investigation with no suspect, Lincolnshire Police need the time, resources and officers to be able to serve their community.

To help tackle this, Ross is calling for a return to community policing, along with a strategy to fight the causes of crime such as drug addiction, education and lack of youth services. Crime Prevention is the best use of resources when it comes to delivering an effective police service.

Serious and violent crime cannot go unpunished and tackling this will be a priority for Ross. Alongside this, we need to provide quality support and respect for the victim, especially in incidents of sexual assault and rape.

Ross would work with communities and local government to make our streets and roads safer. Safer streets at night is an important area of concern that Ross has campaigned on locally, and will be a focus if elected. He will also work to tackle speeding and dangerous driving on our county’s roads.

Ross has committed to pledge £25,000 a year of his salary, if elected, to charities that will help crime prevention in the county.