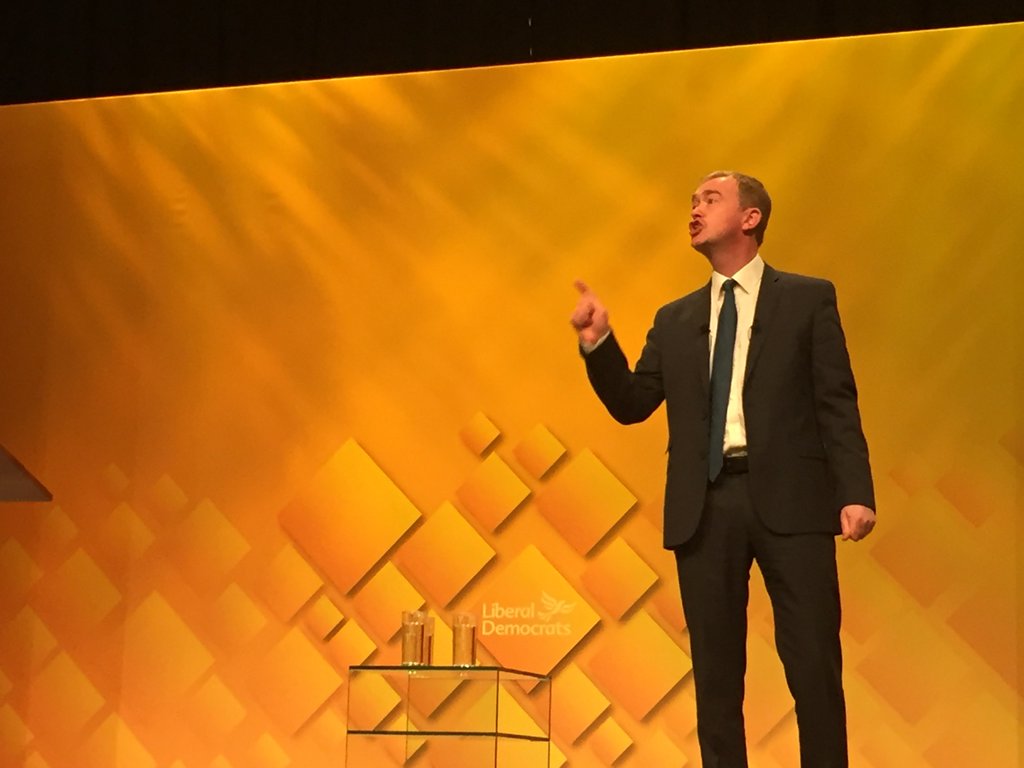 The Government last week tried to buy off MPs with a proposal to take up to 3,000 additional people including children from Syria and North Africa over four years, but this will not help one of the thousands of children in Europe today.

Save the Children estimate there are 26,000 lone child refugees in Europe. Some have been separated from their parents by war, others have been orphaned, and all of them are at serious risk of exploitation, sexual violence and disease. 10,000 have gone missing already.

Liberal Democrat, Labour and Crossbench peers backed Lord Dubs’ amendment to the Immigration Bill, defeating the Government by 306 votes to 204. Tim is now urging the Commons to follow their lead.

“The vote on Monday is a test of Britain’s humanity. MPs must stand up for the values and traditions that make Britain great.

“The Government has tried to muddy the water with a concession that will not help a single child who is alone and vulnerable in Europe. The orphan children I have met need help and hope. Our government can offer that.

“The Prime Minister has ignored the pleas of charities and is betraying Britain’s values by doing so. I am making a plea to MPs from all parties to stand up on Monday, ignore their party whips and find a voice.

“The UK has been there for people in their hour of need throughout our history, Monday is another chance for us to show why our country is called Great Britain.”

Here is the text of the letter sent to every MP:

I am writing ahead of Monday’s vote to ask you to support the Dubs amendment to the Immigration Bill.

Recent estimates suggest there are 60 million people worldwide fleeing war and conflict. That’s more than at any time since World War II. In particular, unaccompanied children who are at severe risk from people traffickers. Thirty thousand unaccompanied children arrived in Europe last year, and ten thousand have gone missing. The sad fact is they face being forced into manual labour, domestic slavery, drug smuggling and prostitution.

The Government’s announcement to take up to 3,000 additional refugees over the length of this Parliament is welcome, of course, but will help none of those trapped in Greece and other parts of Europe, including the thousands of children there. We must not turn our back on our European partners who need our help in managing the crisis or those who have fled war and persecution.

This campaign, to take 3,000 vulnerable child refugees from Europe, has united colleagues from across the House. I want to pay tribute to Lord Dubs, Baroness Hamwee, Yvette Cooper, Heidi Allen, Caroline Lucas, Mark Durkan and Tom Brake who have all championed this cause.

This is a chance to show the world the best values of Britain. Please join me and many others in voting for the Dubs amendment to the Immigration Bill on Monday night.

Tim Farron MP
Member of Parliament for Westmorland and Lonsdale