New evidence shows that the gap between rich and poor children in schools is narrowing thanks to the Pupil Premium delivered by Liberal Democrats in government.

The Pupil Premium provides schools with their share of £2.5bn a year to support the most disadvantaged pupils.

Liberal Democrats believe that a child's success at school and future aspirations should not be determined by their parents' wealth. 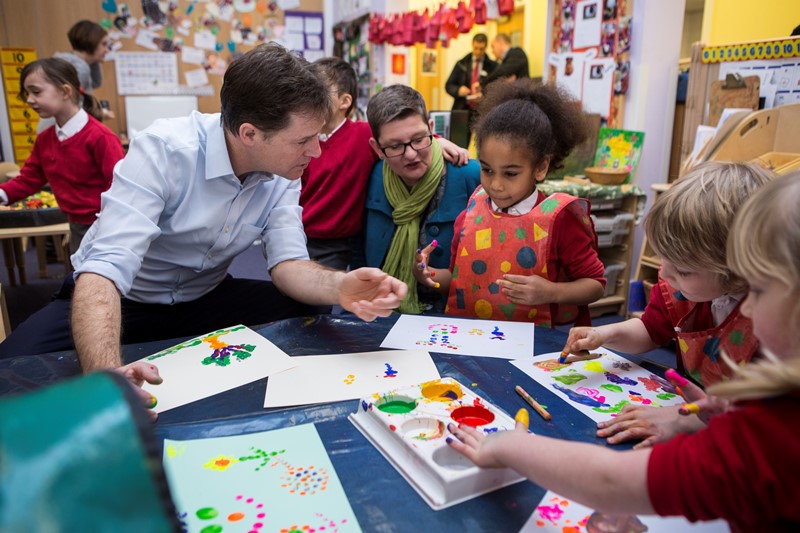 That's why Liberal Democrat Leader and Deputy Prime Minister Nick Clegg is calling on all political leaders to ensure that this vital work to create a fairer society is a pillar of future education policy.

We've made a manifesto commitment to protect the education budget from cradle to college in the next Parliament.

For years it has been accepted that there is a gap between the results disadvantaged children obtain compared to their better off peers.

New analysis of schools by the Department for Education shows that the secondary schools using the Pupil Premium to best effect have halved this gap in three years, and the best primary schools have almost entirely removed it in two years.

If this trend was to continue in all schools, the gap between rich and poor could be closed in ten years.

The research looked at the best schools put forward for a Pupil Premium award and shows that the gap between children eligible for Pupil Premium funding and others has narrowed, or closed entirely, when comparing the percentage of their children reaching the expected standards.

Schools that have succeeded have tailored the support given to pupils, from one to one tutoring, to maths clubs, breakfast clubs, and getting parents more involved in their child’s education.

“It is a national tragedy that in a modern, open society like ours a child’s destiny is still being determined by their background. That’s why I’ve made it a priority to help pupils catch up and keep up.

“This new analysis challenges the myth that children from wealthy families will always do better than their less privileged peers. This is why I introduced the Pupil Premium in the first place.

“We still have a long way to go and need to continue investing so that all children get the best start in life.

"In just a few days time I’ll be meeting schools at the Pupil Premium awards who are leading the way in using that money to help disadvantaged children.

“I want all schools to reach those heights so that we can build a fairer society for all,  and banish the link between a family’s wealth and their child’s success to the history books.”