The Liberal Democrats have pledged a £10m boost for servicemen and women suffering from mental health problems.

It would more than double the money currently available to help veterans overcome problems such as Post Traumatic Stress Disorder.

The investment would also help provide a series of measures including assistance to get people back into work. 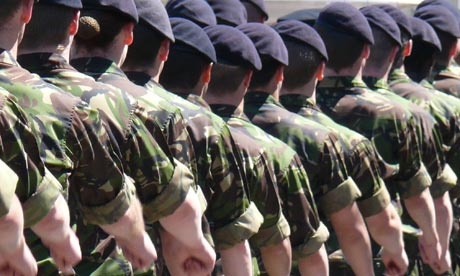 "Our area has a strong connection to our armed forces and we as a a local community, along with the country should support our servicemen and women both during and after service.

“We ask our armed forces to put their lives on the line for our country. Therefore, it is only right we support them for life, whether they remain in the armed services or after they leave.

“The Liberal Democrats want to serve those who have served and ensure they get the right help.”

Liberal Democrats will work with armed forces charities and homelessness charities to ensure veterans do not fall between the gaps in services, and get the help they need to get back on their feet.

“I know how much pressure there can be for soldiers on the front line. That’s why need more investment in mental health support for veterans. We also need to work closer with charities such as ‘Time to Change’ and ‘Veterans First’ to challenge stigma and ensure parity of esteem between mental and physical health.

“The Liberal Democrats are working towards a fairer society where everyone can reach their full potential.”

The money will form part of the extra £3.5bn, which Lib Dems said in March would be spent on mental health care in England over the next parliament.