Stand with Ross Pepper and Remain

Okay, let me write this very very carefully - what I thought was the case appears to be more the case.  Up to now we have claimed as a political campaign that Ross Pepper, the Liberal Democrat in the Sleaford and North Hykeham constituency by-election, was "the only candidate from the  political parties to have voted remain and be an opponent of Brexit."  The words were precise and carefully chosen.

Tonight at the FSB hustings here in the constituency it was confirmed that Ross is the only candidate at all to have voted Remain and be an opponent of Brexit (though the Elvis Bus Pass Party candidate was not present).

So the Tory, Labour, the UKIPper and all of the independents of all backgrounds and perspectives are Brexiteers... out of 10 candidates... Ross stands alone for Europe, for Remain... 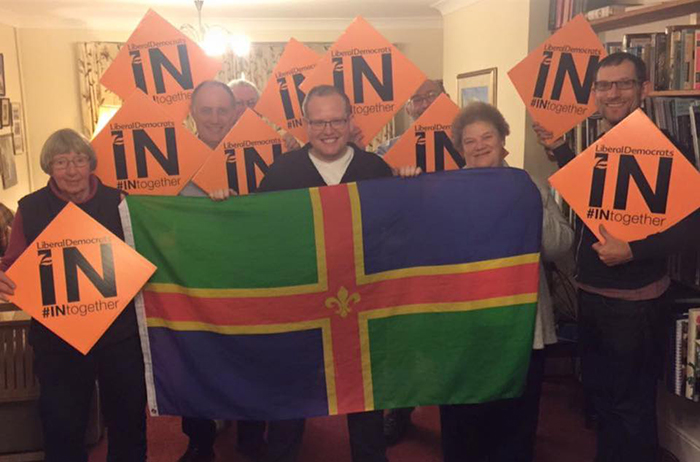 I am Ross Pepper's campaign co-ordinator, 40% of this seat voted to remain, please help me mobilise support for Ross.

I pledge that every penny will be a donation for a clear positive voice about Europe.

Or even better come up to help us in Sleaford or North Hykeham. Deliver a village, help us reach the far flung communities do what you can.

It is not often on an issue as important and as significant as this that one candidate stands alone.  I am asking you to take the unusual step of breaking all Party allegiances and affiliations and to come and campaign for Britain's future.  I want to assure you that this is a campaign about Britain, about tolerance, about inclusivity, about jobs, the future, young people, avoiding war and more... please. Stand up and be counted. Stand with Ross.